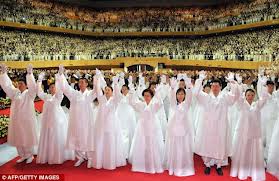 Let’s just define these for clarity. A church has to at least have a clear, scriptural plan of salvation. If the group, church, or principal leaders have doctrinal error on the doctrine of salvation, then it is a false religion. Mormons, Jehovah’s Witnesses, Catholics, etc. are all false religions because they either do not believe in Jesus Christ as the unique and singular savior of souls, or because they add works to salvation. That correct, orthodox view of salvation has to be a key principle focus of the church to even begin to consider it as a good church.

Moreover there are churches that seem to have “lost their way” as far as the spiritual fight we are in, and they have taken the Don Quixote position of attacking windmills instead of the enemy. There is a saying that is an excellent guide here. “Major on majors, and minor on minors.” Salvation, holiness, evangelism, service, these types of things are majors. A church that minors on things that are not really very important, but they make them important because of some driving obsession with proving their point on minor matters is simply a bad church. At times this becomes difficult to discern the line. I believe it is very, or rather extremely important to stress the authority of God’s word, and to uphold and defend the inspiration of Scriptures. In my book, churches that think that holding up a KJV Bible answers all of that is just off base. Why? Because issues of importance WILL ALWAYS WITHOUT EXCEPTION HAVE A FOUNDATION IN SCRIPTURES, EXPOSITING KEY VERSES.

In this KJV only controversy, I fail to read in anybody’s writings what Scripture in my KJV Bible (yes I use only a KJV in English, and RV60 in Spanish) where it says, “Thus saith the Lord, thou shalt only use the KJV.” I read the preface to the reader from the translators, and they clearly refused a “reinspiration” of their work as being the end all of English Bible translations. They mention specifically that their work will need revision in the future. I never see Paul, Peter, John, nor Moses even hinting that they may have errors in their writings and work. My KJV Bible does not even hint at a “Majority Manuscript” as the concept that decides which manuscripts are correct. In fact God leaves the whole issue of differing manuscripts of the Bible “unmentioned”. God made the 10 Commandments he gave to Moses “set in stone”, and kept in the temple. Yet the people of Israel missed the point. They missed “what it said”, and worship what it was written on (a specific copy).

Can I just run wild for a minute? Maybe, just maybe God didn’t mention specific manuscript families because he figured we should be able to figure that out for ourselves? Maybe God’s balance is perfect, and we are focusing too much on issues that divide, and really are missing the forest for the trees? In other words, we place too much emphasis and preaching on manuscripts and all involved in that, and we stop preaching what are in those manuscripts! I am a pastor of a local church. As pastor I read out of the Bible every Sunday. Pick a good translation (KJV is fine for me, and I believe it is the one to use), and then make a dictation-declaration in the church that that is the official version for our church and leave mentioning it (what version we use and why it is better) every service alone!

Moreover I also see distinct cultic tendency in squashing the liberty of the believer on matters that the Bible has not clearly taken a position. What is not clearly dictated in Scripture, be extremely careful, cautious, and respect other good Christian men’s differing views.

Technically a heresy is a schism, or a movement to divide the brethren on the basis of a difference in doctrine or practice. The Scriptures do preach separation and holy (be ye separate) as an essential element in biblical Christianity. But here we must clarify that a heresy in terms of God is a doctrine that is just wrong, or if not wrong, is not clear, and then it is pressed as a litmus test of orthodoxy. The Judaizers from Jerusalem tried to use the Apostles’ credentials (“we have their approval and seal of orthodoxy”) which the Roman Catholic church and others now try to mimic. I see the KJV movement setting a KJV only position as the end all litmus test of orthodoxy, but Branch Davidians held the same position, and they are flaky to no end. In reality, wherever the current KJV movement has come from, it has to contend with old, deep roots in the Seventh Day Adventist Cult that has preached this very same doctrine for 100 years. Many cults preach the same KJV only position, and it has not protected them at all from error. I would also note that the NIV version has a specific lightness in attitude towards inspiration and translating the exact words of the original texts, so this lightness or sloppiness attracts many churches and people who are likewise not wanting exactness and fidelity to God’s Word in their religion. This means that the non-KJV people are not necessarily right or good people either. My point is that we have to stick to what God says and allows us, and when God is silent on an issue, we cannot be absolute and unyielding. We have to say what God says, take God’s position on all subjects, and be content to be quiet on what God hasn’t clearly revealed. Which Bible translation is absolute is an issue which I do not find settled in Scripture “absolutely” as some would have us believe. Go into any other culture, country, and language in the world that doesn’t speak English, and the whole issue becomes a non-issue.

Remember that the aspects that I will deal with below are not a check list that a church has to comply with all of them or even most of them in order to be “bad” or “unbiblical.” If a church has even a few, or just one which is really glaring, it is a bad church.

Some simple “tests” to try out on the group or church:

Although there are a lot of issues involved in “spiritual error”, these simple tests are a good indicator without getting complicated. If you cannot honestly say that ALL of them show your church to be like the NT, then you have a problem for prayer and further study.

Return to the frontpage