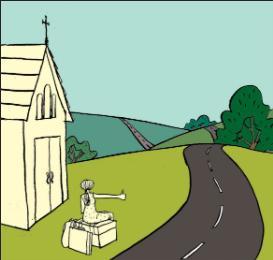 Why People leave your church is my thoughts on why people leave your church. I also have added points on this topic that other people have made as to this same topic (links at the bottom). I am going to categorize these into more logical “groups” to try to direct our discussion. I will admit to both sides of this issue. First, you should not leave your church for just any reason. There should be loyalty to your church organization and to your pastoral team. Loyalty to your church organization is seen in weekly attendance, your participation, and your weekly tithing and giving above and beyond the tithe, especially when there are special needs. Your loyalty to your pastoral staff is seen by showing up early for the service and being ready. That is having slept sufficiently that you will be awake through the whole sermon, and if need be, having drunk 2-5 cups of coffee. Also, that you have eaten something so that hunger does not distract you or your family from the activities and teachings.

I. Problems in the Church Administration

A congregation will put up with a lot of poor leadership, but many—especially young people—will not long sit under poor preaching. As a pastor of 30+ years, the one essential thing a church must have to get and keep people is good solid preaching. A church is like a restaurant. It can have fancy decorations or have none, or it can have a pretty sexy teen as a waitress, or an old 80 years old ugly man, but it cannot have bad food. People won’t return to it if the food is not good. There are “negatives” that people will balance like this, “is this negative sufficiently grievous that I will give up the learning I will get or not?”

Some leaders do not permit opposing views, and they expect everyone to follow in line. In turn, some members simply don’t stay under that leadership style.

God demands that pastors have a leadership “style” like Christ Christ was a loving pastor towards sheep that he took as his own “beloved”, naming them individually. Cowboys push their cattle, and shepherds lead by being in front and developing a loving relationship of companionship that causes his sheep to follow him by their choice. Churches and pastors that choose the cowboy type of leadership and environment may think they will see great results, but they will always fail at some future point for not following God.

Even though it’s not good, it’s one thing for adults to have little opportunities for growth; it’s another matter completely when our church provides little for our children and young people. Let’s just explain this one as people are interested in entertainment for them and their families than they are interested in church as God declares it, and entering into a commitment with God through a local church.

First of all, no or very, very few churches enter in being and have a hundred or more people in a week. That just doesn’t happen. When it does happen, it is because somebody has ripped those hundred people from another pre-existing church, damaging that ministry. Churches start small, and they grow over time. Excessive growth over a short period of time is usually cancer, not good growth. Remember that.

Secondly, get out of the consumer frame of mind. Instead of insisting on others providing children’s ministries, teen ministries, couples’ ministries, elderly ministry, you lead in establishing those ministries and doing everything possible to see that the personnel and funds are available for them. Each member should be seen as contributing and participating in their church, not just consumers to enjoy what the church has to offer. Above all, tithe and give above and beyond a tithe.

Thirdly, our perspective should be towards doing the work given to us by God to do, and not so much the perspective of being a spiritual consumer that the church has to kowtow to us at every turn. Churches are like embassies from a country, in that each one has a mission to accomplish. The US embassy in a country that is a big trading partner, in one of that country’s largest cities maybe have 100 personnel at their embassy. But the US has embassies in very small countries also. In those, there may be an ambassador and 1-2 other employees. Yet their mission is just as real as the big embassy. Success should be defined by accomplishing that mission as a church that God gives you. Whether your church only has 1-2 families, a dozen members, or 5000 members and 100 staff, your first and most important perspective is not what you can get out of the church but in accomplishing the mission given to your church by God.

But churches are supposed to minister to their people, so that is a valid concern, just not the only or most important concern.

Right or wrong, some church members give their pastors only one shot at pastoral care. If the pastor somehow neglects a need, members start looking elsewhere. The main problem here is that in some pastor’s minds, they can be the pastor with very limited or no personal contact with their people and their problems, the sheep. That is not pastoring. That is showboating it.

A pastor has to consul the church members by pastoral visitation. The concept in the New Testament is to come, review their situation, and attend to whatever needs they may have. This is extremely important. The pastor’s sermons should not come from his own imagination always. When he counsels and hears of certain problems that could well be more than one case, he should deal with that matter in a general sermon (not mentioning any counseling situation) but he should direct sermon teaching towards that matter. Rebellious kids, unfaithfulness between husband and wife, p0rnography, addictions, etc. are good examples here.

People will leave a church when their crises are ignored by the pastor. They probably are justified in leaving when the pastor does care about his people individually.

II. Problems in the individual leaving.

Somebody got mad at somebody else, and one (or both) of them decided to find another church. The fact of the matter is that this is spiritual immaturity. Yes, the administration of the church (elders, deacons, and pastoral staff) should have preached and taught to counter spiritual immaturity, but even so, so many people never pick up on the fact that they themselves are immature and need to grow up. They presume these “good sermons” are for others that are not “as mature as they are”, but in fact, they need to meditate and “consume” these sermons and change.

I see three or four different kinds of people: a) the immature that offends others by their actions and unwise speech. These are unwise but not necessarily malicious by intent people. b) the people who deliberately want to offend others. I consider these mostly people who are probably unsaved and are doing this wickedness deliberately, as an act of their wills although they don’t understand or realize what damage they are causing. They are just mean and wicked people who are acting out of their spiritual character, most probably unsaved. c) there are false prophets and false teachers that are trying to separate and break off a part of the church to follow them by division. These are the Bible’s definition of heretics. d) good spiritual people that just mess up from time to time because they are not meditating and living piety in their lives all the time.

If a Christian cannot live peacefully with other Christians here on earth, how will they do so in heaven? Simple, God will rebuke their stubborn fighting as sin. Think about it. If you cannot get along with a brother or sister here, probably God will give you your mansion or dwelling place right beside or in front of that very same person in heaven. God will force you to humble yourself before him in the matter of the stupid minor wars we hold against other Christians.

Good strong edifying preaching either is a great blessing or unbearable to sit under it.

Burnout. Members who are really faithful to a local church at times overcommit themselves based on the needs of the church. Few people are willing to admit they’re just worn out, so some will simply leave instead.

No connectedness. Lonely church members—regardless of whether they’re lonely because the church is unfriendly or because they choose not to get involved—don’t usually commit for the long haul in a church.

Congregational strife. Even if you’re not in the middle of the battle, constant conflict wears out even the best church members.

Theological disagreement. Sometimes this difference is over actual theological beliefs, and sometimes it’s over moral right and wrong.

Political positions. Granted, this reason is often more apparent during campaign seasons, but it happens.

Perceived irrelevance. Members who think the preaching and teaching do not speak to the reality of their day-to-day lives will often seek that kind of teaching elsewhere.

How to Create a Good Web page
After having 32 websites for some 20 years, and making thousands of web pages, I share my experience for those who are doing the same.
Tips and Suggestions on Creating a good Webpage