In our understanding of what is an apostate, an apostate is a person who fully knows the truth such as to be saved, and even though knowing that truth, they turn from it.

“Apostate spies” in my opinion are those people who whether knowingly sent by some other religious faith, or just on a curiousity adventure come into our church, and then leaves us. 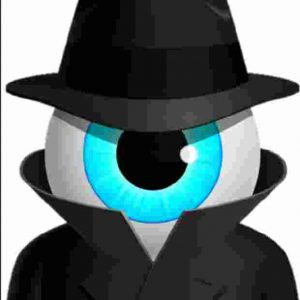 Our church in Mexico City had a couple come into it that had left the Jehovah’s Witnesses. They decided that they wanted to come join our church. One of the things that they liked about us is that we go out as a church every Saturday to witness our faith, and they were fully given over to that same thing. I witnessed to both of them and they (husband and wife) made a professional of faith. There were telltail things that were wrong which I noticed during all this and afterward which I will explain shortly, but they started coming to our church and participating.

I will call these two Mary and John, not their real names. This is all real and really happened by the way.

One of the moments in my ministry in which I came very close “to losing it” was when they were waiting 4 weeks until Easter weekend so that we could baptize them at our annual church outing day. I explained that I wanted them to take our baptismal class (5 weeks) and give their testimony in a service, and then we would baptize them. After 2 weeks of waiting and going through the class, they went to an easy believism Hyles church nearby (the largest Baptist church in Mexico according to them), and they were baptized. When they told me that, I asked why? “Because you would not baptize us”. Their impatience was unbelieveable. I told her that (1) I am not authorized by God to rebaptize people that have already been baptized. (2) I cannot accept their baptism on her say so. She needs to get a letter of transfer. “But pastor, I told them that we attend with you, and we are not joining their church.” Then they should not have baptized you. Such was the beginning of many problems.

One of the things that caused me some problems were their hard headedness. Mary wanted to be baptized and she was urgent about the matter so much so as to bypass our regular standards forms to get what she wanted. There is a certain “process” that we are restricted to, which is our operating standards, and we need to have time to arrange a baptism since our present facilities don’t allow it. The point here is that nothing matters except her own will, and this causes a lot of hurt of other people, and a break with operating procedures.

I think one of the clearest signals that something is wrong is when people enter into our fellowship “wanting to be a part of us”. The key here is where they are coming from. There is a big difference in coming from a church of like faith, and coming from a drastically different church, belief system, and faith. There has to be a rejection of the old system, and even then, there needs to be time to adapt when making this transition.

2Pe 2:1 But there were false prophets also among the people, even as there shall be false teachers among you, who privily shall bring in damnable heresies, even denying the Lord that bought them, and bring upon themselves swift destruction.

One of the things that set me back was that I was ashamed of how this couple “got in among  us.” Although I knew they had problems, and I preached an aweful lot of issues that were wrong with the JWs, they stayed with us. Satan wants his people in our churches, and we need to understand why and how this happens.

This verse was of great comfort to me as a pastor. If in Bible times this happened, then we cannot expect anything different in our times. The key element in Satan working his ways is the identification “as being one of us”. This is very important. By establishing an identification “with us” they are able to represent Christians and do wrong things, influence people in an incorrect way, and cause more problems for us.

(2) No real understanding of how we function.

Situation: One of the issues that I had with Mary was that she was so hard headed about going out witnessing. That is good, but only to a point. Once a month we have a prayer breakfast, and she would not attend because she felt the rest of the women were hypocrites because they did not go out witnessing. To add to this, they sold clothes in a street market on Saturday and Sunday, and they could not come to the church on Sunday services. She missed selling on Saturday to go out witnessing but she could not miss Sunday church. That was an issue for me. Sunday church is more important that selling.

I also felt that she needed to bond and enter into fellowship with the other women, and she did not do that, nor want to do that. We have had this same issue of showing love to the brethren since then with others. A study of 1 John shows that without a real love relationship with the brethren in a local church, there is not true salvation.

1Jn 4:7 Beloved, let us love one another: for love is of God; and every one that loveth is born of God, and knoweth God. 1Jn 4:8 He that loveth not knoweth not God; for God is love.

The Apostle John clarifies this exactly and forcefully. If a person cannot prove that he loves other Christians in a tangible way, he is not saved. Not only is he not saved, he has not a clue as far as knowing God really.

This fundamental understanding of the relationship and unity of the redeemed is what Mary lacked. There was that element of “being better the rest”, but more than that, she just didn’t see any reason why she should waste her time at a prayer breakfast.