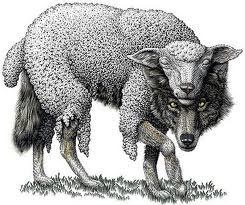 Perhaps I should comment on the idea of an “abusive church”. An abusive church is a church that perhaps has orthodox doctrine but has practices and conduct that is not biblical, un-Christlike. Most commonly abusive churches are seen by their refusal to believe in and practice Christian liberty. In order for these people to control the brethren in a way that is advantageous for them, they also use unscriptural church discipline. By this I mean that they use tactics like public shame over issues that they do not have strong scriptural basis for, and they do it in an unscriptural way.

Let me digress with an example. For example, a pastor says that his members have to attend ALL church functions, and can only miss if they ask their pastor for permission first, and he grants it. A valid reason is that you are sick and dying in a hospital. Family reunions out of town, visiting another church, etc. are all invalid. The person ignores this imposed asking-permission structure, so the pastor now publicly says embarrassing things about the family, revealing private matters or joking in such a way as to cause the family shame, embarrassment, or discomfort on some level. Perhaps he removes the man from the deacon board suddenly, or removes either husband or wife from responsibilities or service in the church, because the pastor “has doubts”. The point is to use press to cause wayward members to tow the line. This psychological pressure is what makes them abusive. (Here I would exclude members who are serving, but the pastor or leadership removes them because of serious problems, such as marital separation, infidelity, or drinking/drug/sex problems. Also doctrinal heresy that comes to light would be a legitimate reason for removal.) 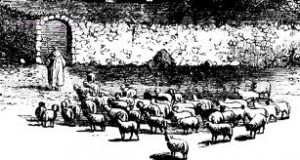 Let’s clarify for a moment what a pastor is supposed to do. A pastor is a substitute person for God in the sheep’s life. He is there to spiritually benefit that person in any way that he can. This addresses the constant and continual growth THAT SHOULD BE HAPPENING in that person’s life, but it also go further to speak to problem solving.

A Pastor’s authority and commission is not to dominate and control that person’s life for his (the pastor’s) own benefit. At times it is better to encourage people to expand, set their wings to the wind, and leave. At other times a pastor has to go into the highways and byways and find a lost sheep.

The point here is that the pastor sees to the spiritual welfare of his charge, and he is not to manipulate things so that everything focuses on the pastor’s benefit, by that we refer to control, fame, power, AND economic enrichment.

A pastor needs to know how to suffer without, and put others in the limelight and under the hand of God’s blessing. Any kind of egotistic or haughty element in the pastor’s character identifies him as not being a good servant of God.