Irrelevant Churches: Church’s Failure to be Relevant
By David Cox 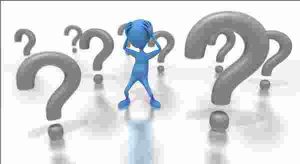 This signpost of a dying church is when there is a duplicity between what people live and think, and the crises and problems that they experience day-in day-out, and what is preached and taught in the church. Simply put, the church is not relevant. What the pastor thinks is good sermon material is not really very good at all.

First we need to understand that God deals with us on our daily lives, and God is very relevant. He deals with what we need to have dealt with, and He has put all that instruction into His Word, the Bible, Holy Scriptures. Being irrelevant is not a problem with God, it is a problem with ministers.

Secondly, most ministers seem to live in some kind of Christian dream euphoria where they think people can just “tune in” and everything will be rosy. Unfortunately, the real life sneaks up on you, and problems and crises seem to break that perfect picture world most ministers live in.

This is a problem of pastoral pride. “Having gone to seminary” or “because he is the pastor”, the pastor thinks he knows it all. Instead of constantly being in a search for moral character (good and bad), and fighting the battle there where the Bible meets the world, he goes off like Don Quixote to fight windmills which are giants of his own device, which are really not anything but his own delusion.

If you do not see a sermon variety that responds to the needs of the people, (1) the pastor is not fulfilling his pastoral obligation to care for the sheep, and (2) you see a minister that is coming up with topics and preaching that is a pride issue for him, and he is not a servant of God.

On the one side we have churches that teach through the Bible verse by verse, chapter by chapter, book by book. These sermons rarely have applications in them, and there is a pride factor that “we have studied through the Bible”. What did that get you? Because knowing facts doesn’t solve spiritual and moral problems usually.

On the other side of things are churches that drop basic doctrine (fundamentals) and make everything relevant. We are elevating social issues to overtake and replace Scripture. Being a relevant church simply means that your church addresses the spiritual needs of its people with Scripture. We impose scriptural principle on the situations of our day.

Some churches are openly accepting same sex relationships without condemning the sin in them. That is not being relevant with the Word of God, that is denying the authority of Scripture.

In another article on relevancy,

In fact, he feels that a wrong emphasis on relevance can put us in retreat, noting that, “A church in retreat doesn’t give answers. It doesn’t storm the gates of Hell. It settles and makes peace where there is no peace (Ezek. 13:10).”charismatic news-com

A relevant church is one that directs the Bible authority towards what is bothering Christianity and the world today.

Heb 11:13 These all died in faith, not having received the promises, but having seen them afar off, and were persuaded of them, and embraced them, and confessed that they were strangers and pilgrims on the earth.

Notice that by definition a Christian must define himself as being a stranger and pilgrim in this world system, and that lack of going along with the world needs to be carefully exposited as to when, where, what, and how. Christian standards (morality) must be defined by the church in the light of what is going on today. Have you ever heard a sermon on social media? (sins, problems, principles to be careful with, etc.) Surely gossip, lying, exposing facts you know about others which is out of line with Christian love are all very active (or should be) in social media, but our pastors don’t deal with that stuff. They are irrelevant.

Jas 4:4 Ye adulterers and adulteresses, know ye not that the friendship of the world is enmity with God? whosoever therefore will be a friend of the world is the enemy of God.

One thing is dealing with what is going on in the world today, and another is follow the norms and standards of pagans and ungodly people. Young people and even adults are fighting these spiritual battles every day, and it is sad to see that they faithfully go to church every Sunday without any aid from the sermons and lessons that would help them get through this battle with victory.

One of the key elements here is that a good church doesn’t force their people into the preferences of the elders, but rather they understand the principles of God and can convince the membership of those principles and the members can then decide how to apply them in their own life.

A relevant church has to take back the principles of God and apply them and live them in our day and age. Few churches seem to be able to do that (especially well) and the most of them are even aware of the game.

These thoughts are taken from a post “7 Deadly sins of a Dying Church“.