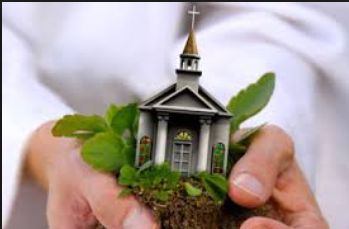 In this article, Advantages of a New Church Plant, we will examine some of the advantages and disadvantages of a new church plant versus taking over an existing church.

Everyone has their own calling from God, and this is the principal thing that a person should go by when making the decision about what they will do. In this article, I am presenting secondary factors to consider.

Taking over an existing work

The first thing you have to examine closely is what is really going on in the church. Was there a church split? Did the church lose a goodly number of their people or are they just about to do so? Is there a war raging in the church by factions (there may be more than two groups remember)? What is their attitude about you? Are they wanting you to take a side or are they wanting to go on with life and ministry and put the problems they had behind them?

Actually, I would not walk into a fight that is still raging on in the church. A church fight (most of the time) is not of any benefit to the Lord’s work and it is only going to cause more problems, not be a blessing to those involved. Note that when people spend their energies fighting their brethren, then they fail by ignoring or only giving token energy towards what is really God’s work.

I am a Fundamentalist, and I fully think that we should contend for the faith as Jude says. But contending for the faith should really be something that is done with those outside the church, and a church that is fighting over inspiration inside its walls is a disaster.

A few pointers here. “We” as the church’s leaders and administration are NEVER TO RULE BY DICTATION! We don’t order what people should believe. Some brethren feel this is their right as pastor, and simply put, NEVER TAKE THIS ATTITUDE! We do not rule that way. That is how the Gentiles rule. We rule by being examples. We should persuade others to be of the same doctrine and practice because we base everything explicitly on Scripture and work very hard at giving a reasoned explanation with many scriptural expositions on how, what, and why we do what we do, and believe what we believe.

If you are led to take over an existing work, the people there in that church “own it” (at least in their minds) and in a sense, they do have a lot of say in it. As they can call you, they think equally that they can send you away if you do not please them.

The best part of starting a new church plant is that most of the “baggage” that Christians have can be left at the door. In other words, you do something, and somebody objects saying “We have never done it that way“. In an existing church that you enter as pastor, that is the blow that is supposed to make you obey them. But in a new church plant, you can answer, “well that is the way I have always done, and that is the way I think we should do it.” You do not understand (most probably) how important it is to be able to innovate and try new things without somebody always comparing you to what the previous pastor did. If the previous pastor was a man of God and died, or something similar, I have no problem respecting how he did things. But sometimes the man was not of God and was run off because of sexual improprieties, and that really enters into a big problem. Why follow the preferences of somebody that you don’t agree with his doctrine or practice? Especially if he left with a lot of spiritual failings hanging over his head.

I would suggest that you seriously think about the circumstances of the previous pastor leaving. Many pastors get stuck, and their church gets stuck. They have personal conflicts with the people in their church and it gets to a situation where people barely come, don’t give at all, and don’t want to participate in any ministry of the church. So after a while of this the pastor “moves on”. When you come into a situation like this, you need to get things “unstuck” and moving, and people who want the church to stay “stuck” need to understand that what they were doing before didn’t work, so things have to change.

Some people would point out that an existing church is more financially stable than a new church plant. I would challenge that.  Existing churches have the advantage of a church facility, and that is a plus or a minus. Location when the original church planters bought it could have been a good location but with changes in the communities, now it is not. It is a great undertaking to physically move a church, and usually, only pastors that have pastored that church for a number of years can move it with success.

A new church plant has rent and the pastor’s salary as the only expenses. That can be a blessing especially if the pastor has some talent that he can get a secular job easily to support himself. In small communities, it is not so easy.

Many churches lose their pastors because the church has a lot of debt, and it is highly unseemly for a pastor to implement programs that are costly and fail, and then when you have to work out approaching bankruptcy, walk away from the church. That is bad.

To go into a church to take on the debt problem is also a very difficult thing. Most pastor approach it incorrectly. Instead of working on ministering, they work on getting the church to generate money. They shouldn’t do that. The first thing and the most important thing is the ministry, fulfilling our mission from Christ. So such a church should highly evangelize and discipline, and the preaching of the church should edify greatly the people. The finances of the church should be in the black, i.e. always spend less than what you take in, and according to the debt hanging over the church, they should be paying ALL of the monthly interest on that debt, and a good portion of the actual debt each month. But what the people see and hear in the pew should not be the financial situation of the church, but the ministry like any normal church.