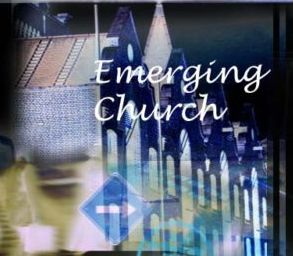 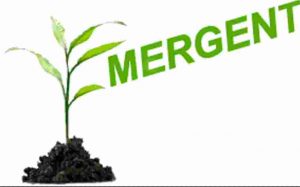 Summary: In this edition of my blog, I explain and identify how the emergent church opposes Christianity. This is our foe taking a very persistent and open form.

As I have been visiting new churches trying to raise more support for our ministry, something is wrong. Seems every time I have had to return and do more deputation to raise more money, I have to “remake myself”. I do this by by analyzing what I am, what I am called to do, and putting that forth to churches to try to get them interested in me. It has been a difficult thing over my entire ministry and life. It never gets easy it seems.

But this time, things are very different. Nobody is interested it seems. As I analyze this, I am finding that things are worse than I had ever imagined. One thing is that I am not very “appeasing” to people, but what I am finding is shocking and highly discouraging…

What is the Emergent Church Movement?

The emergent church movement claims to be the cutting edge of Christianity, but it is not. They seek to “put back together” what they conceive of as a “broken New Testament Church”. Unfortunately, the NT concept of church is not broken, and this is just another deception from Satan.

They seek to reach the lost by focusing on relationship and developing a “story” or “life’s journey”, which is supposed to replace the religious experience of being born again. This is highly feeling’s oriented (although some individual churches in this movement may not emphasize the feelings). Keywords in the movement are “reimagine”, “tribe”, “story of Jesus”, “deconstruction”.

At the bottom of it all is Satan’s old lie he peddled to Eve, you set your own rules in coming to God ON YOUR TERMS, not on God’s terms. In the garden, Satan redefined God’s instructions, and made eating of the fruit Eve’s own way of achieving “godhood” or being like God, or goodness. He never changes.

One of the key elements of this conflict is simply a “setting aside” of what God has clearly said. This movement uses this old technique that Satan used with Eve in peddling a new religion, trying to dupe those Christians and those who think they are Christians in ways that show that they do not understand true Christianity, nor do they understand how God works.

The Word of God vs the Emergent Church

No I did not mess up on that title. We start with the Word of God. The only reason we can minister is because God has spoken to us with an authority so that we can know what is what. As such, we gain authority to know the reality around us from God’s authoritative communication with us (the Bible) where He clarifies what is wrong, what is right, what we shouldn’t do, and what we should do (our obligations).

When we compare this with other groups, religious, philosophies, common man ideas, etc. we understand where we are in the right, and where others are wrong.

Enter the Emergent Church. Now the award of right and wrong is based on some criteria, and the person setting that criteria is God. But the Emergent Church comes along and now makes a frontal attack on Christianity by saying that nobody can presume to say they are right, and others are wrong. The Bible is just “fuzzy”, and nobody can definitively know what is truth or what is error.

What they just did is pushed God out of the consideration of things, and they have set themselves on the throne of God as the world’s authority. If they are making an authoritative statement that nobody can make authoritative statements, isn’t that a self-contradiction? But this movement is very pernicious in that it “locks horns” with Christianity, trying to defeat and destroy Christianity, and it is extremely boasterous about destroying Christianity. What is it offering as a replacement? Nothing. We cannot conclude anything.

As a Baptist, a Fundamentalist, as a Separatist, and finally as a Christian, I want “to be biblical”. But that entire point is thrown by the wayside by this movement. If nobody can definitively declare something right, nor something wrong, because the Bible has nothing to say about anything with certainty, then there is no authority. This is a very deep strike against Christianity.

So the persons of the Bible never existed according to these people? Jesus didn’t exist. Basically they are dragging us by the collar back to cheap atheism or agnosticism. Their position (and they are posed as the dominating church growth experts in Christianity) is a repudiation of all Christianity? As I read their writings, truly I cannot believe that anybody who calls themselves “Christian” or a follower of Jesus Christ would follow these people, attend their churches, or believe the horrible lies they are putting out.

All Doctrine is wrong

Another side of this atheistic denial is that they say that it is just wrong for churches to have doctrinal creeds or statements of faith. Again they take the position of God, declaring what is and what is not, but who made them God? Excuse me, but the God of the Bible is still on the throne, and these people have no characteristics like any god except Satan and the antichrist. Why should I undo everything I ever learned by hearing and studying the Bible, and deny, negate, and destroy all the faith that I have ever had just because they say so?

While these people have a good clear set of doctrinal ideas that identifies them, they diss all other religions and points of view as “being doctrinal” therefore incorrect, bad, not right, not true. Why are they allowed to do this for everybody? Who gave them that authority?

Salvation is silly, and incorrect

One of their positions (remember these are the people that say nobody can deduce or conclude anything from Scripture, but then they turn around do just that, deduce that Scripture is fuzzy) is that the entire idea of Christianity about “being saved” and “being lost” is wrong. They conclude (from what authority or basis, they never tell us other that their superior knowledge which came from… ??? waiting, the answer is hell, but they won’t admit that), but they conclude that everybody will eventually get saved, or perhaps there is nothing after death. That everybody will be saved is pure unitarianism or universalism. That there is nothing after death, well, again they deny Christianity completely, so why would Christians listen to them? Because ministers that common folk trust are promoting this heretics and antichrists.

But watch these guys. They say that since (according to their authoritative declaration) everybody will eventually go to heaven, there is no need for us to preach the gospel, and effectively they don’t. They preach good will, social works, and that these are the only things necessary for us. Of course all of these things are a train wreck eventually. Why? Because good works are the fruit real Christians offer to God because they love Jesus so much. But once you destroy this fruit, and the love of Jesus (the hint that he is myth), then there is nobody who is really saved that would sacrifice for these good works. Everybody becomes a receiving handout person.

What the Emergent Church offers is a universal all people will go to heaven, so nobody should worry about anything. Brian McClarin explains that the idea that somebody hears some scripture verses, and then they have faith in Jesus, and receive Him into their heart is all error. It is a deception and error. For somebody who says neither he nor anybody can conclude anything with authority from the Bible nor anywhere else, he surely does make a lot of declarations. His authority is always his own self. He laughs at conversions, and says that this is the worst error out there. Again, where does he get his authority? Because throwing the Bible out the window as our authority leaves us only with our own logic and reason, and he never offers any reason other that “Because I say so”. Maybe he should change his name to Simon, to be the “Simon says…” clown.

The Real Attack against Christianity

What these people are doing is attacking Christianity. The heart beat of Christianity is first faith in God, specifically faith in the Gospel which God has declared to us with authority. From this flows a lot of things with equal authority. First there is prayer that God will hear us if we pray in line with His will as it is presented to us in the Scriptures. Secondly, we preach what God has said with the authority of God behind what we preach. Thirdly, we send missionaries around the world because those people WILL NOT GO TO HEAVEN believing false religions, or just ignoring God.

Following are some of the common traits I have discovered by reading through Emerging Church material.  But please understand that not all Emerging Churches adhere to all the points listed.

It is sad to see pastors and Christians falling for this deception of the devil.

Gal 1:6 I marvel that ye are so soon removed from him that called you into the grace of Christ unto another gospel: Gal 1:7 Which is not another; but there be some that trouble you, and would pervert the gospel of Christ. Gal 1:8 But though we, or an angel from heaven, preach any other gospel unto you than that which we have preached unto you, let him be accursed. Gal 1:9 As we said before, so say I now again, If any man preach any other gospel unto you than that ye have received, let him be accursed.