Where do babies go when they die. 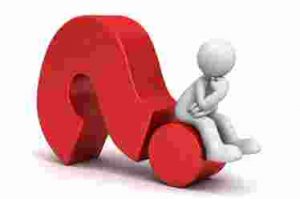 Recently I had another person ask me about where babies go when they die. This has come up several times over my ministry, and I gave this person my answer, and I thought it might be of solace to others.

I do not know about infants that die. The Bible is strangely silent on that. On the one hand God gives men the chance of hearing and exercising faith. Babies don’t have that opportunity. So God’s mercy would seem to indicate that He will do something special for them.

On the hand there is the very strict understanding that without faith in Jesus Christ there cannot be salvation. No exceptions. So I leave that to God’s mercy.

When a couple loses there unborn baby what do you tell them?

I think that the baby is in God’s hands, and God is a merciful God. We cannot make up stuff to comfort people. Some theologians think that David’s comment on losing his child was that there is not that can bring the child back, I can only go to him. In some way, that sounds like the child is in heaven. Maybe that is the way it is. I cannnot say that dogmatically. The truth here is that the child is in God’s hands to do whatsoever God wants with him. We just cannot go beyond that.
When the parents have no control over the life or death of the child, or even when they did and something went wrong, we are to do God’s will the best we understand it and leave things there. God will hold us accountable or not. In cases of the death of an infant where the parents had no control over it, or they did something thinking to save the baby’s life but that didn’t end like they were trying, I see no blame on the parents hands.
Last year a lady in our church died. She was like 40 years old, younger than Tule and I. She had a tumor in her stomach the size of a fist. Her husband decided that she was too weak for the surgery, and that is debatable. Probably was too weak. But he refused to sign the papers for them to operate. The doctors took a poor attitude and sent her home. We cannot do anything else for her. That was not helpful as she needed more blood transfusions and stuff. She died.

Between Tule and myself, he should have approved it. I suggested that he reconsider that decision when they made it. But hindsight is a luxury that others can enjoy, but the very people making decisions don’t have. I don’t blame the husband for his decision. She would have probably died on the operating table. They had problems even finding a good vein to give her blood at that point. So I never said anything to him about his (basically he made it) decision.
After a death, there is always that “what if” stuff that does nobody any good. Couples say what if we didn’t have that baby from before conception, we just decided no. There is nothing to say they skip that year and have one the next and the same thing happens.
So our position needs to be clear. We do the best we can with the limited light that we have on our life and those things in it that we can understand. Many times our decisions seem poor, but God sometimes wants us to be in difficult positions to prove to us like Job what we are made of. The blaming of God or each other or ourselves is not beneficial nor does it really do anything good. It only makes a bad situation worse. We respond to God’s things he puts in our lives, and the most common sin among us is the lack of prayer. If we really were constantly, every day soaking our lives with prayer, things would be different. They would probably be better spiritually even though not always in man’s eyes.
I don’t know about this illustration, but a preacher came to Bob Jones chapel to preach. He had a very young girl that got very sick, and the doctors said would die no matter what they did for her. They told him and his wife to prepare her for the end. He refused to give in to that and kneeled at the side of her bed and wrestled with God for days there. He fought what was happening with everything he had in prayer. Finally she started getting better. A miracle! She did get better and soon went home. But all was not right. As she entered her teen years she gave herself over to the devil, getting involved with bad company, then alcohol, then drugs, and eventually became a prostitute. As the preacher was standing again at his daughter’s bedside, with her dying, he regretted having wrestled with God when God wanted to take her. He said, I thought I knew what was best for my daughter, and God knew better.
His point was that prayer is a very powerful weapon, and with importunity, it is possible to get what YOU WANT, but what may not be God’s best for the situation. This is the other side of things. People die, and we very few times can make any difference. We must yield the right or wrong, good or bad of those situations into God’s wisdom, and accept what God decides. Somewhere in all that, enters prayer, and we should pray constantly and strongly, but it is like giving a submachine gun to a 5 year old. He thinks he knows what to do with it, and he very well can pull the trigger. But he doesn’t really know what to do with it. That is how we are in prayer. We can pull the trigger, but we really are clueless on “which direction to point the thing!“
I think that parents seeking comfort on losing their child should understand that they never really had that child completely. God loaned that child to them for God’s purposes, and that being the case, when God asks for the child again, we have to thank God for whatever little time and joy we had with it, and turn it back over to God.
That is what I think.