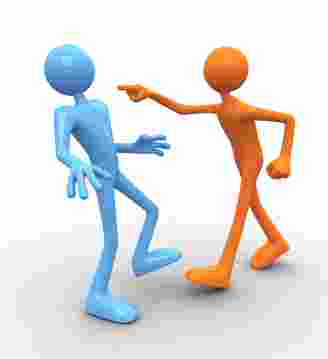 Dealing with Problem People looks at problem people from a pastor’s point of view. Much more than solutions to these people, we need to adjust our attitude towards them. 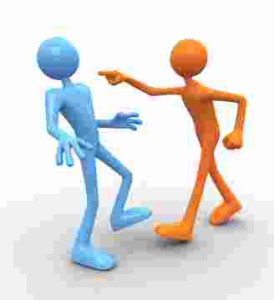 Part of this website is a blog of my ministry as pastor and missionary looking at things from that perspective. So the experiences I have influence greatly what I write about here. Truly I have had a bad year. We have had scandals in our church, and pretty heavy accusations against me as pastor. I know that causes your curiosity to peak, so I will tell you the great sins I have done as pastor.

In one case, a man with a business and with good income started taking vacations between his business trips, and was missing months of church at a time, and he was on the finance committee. Because I read Hebrews 10:25 in the Sunday morning worship services (without comments), I was accused of directly attacking him. He blatantly said, “I am going to take my vacations, and when I have to go on business trips, that is just too bad.” In other cases I did not eject certain people from the church because others didn’t get along with them. I offered to do so if those doing the complaining could get me a biblical basis to do so. The errors of the people that I was “covering for” are that one blew his nose in church (showing he is unsaved and a false prophet) and in another case a lady refused to shake another lady’s hand. (The offending lady blasted the woman that refused the handshake in the woman’s meeting the day before.) To elaborate even further “of my sins” I use tracts with my sermon written in tract form, and they said that was the same as the Jehovah’s Witnesses. The fact that I rarely actually read anything from them when I preach them was of no help in defending myself. Nor was the fact that the person that was greatly offended because of this has never preached nor taught, and I have a B.A. in Missions, an M.A. in Bible, and a M.S. in Educational Administration (to teach teachers how to teach), and I have started three churches now, and have been preaching and teaching since the 1970s, about 40 years. None-the-less, I am wrong just because.

After you get through all the ridiculousness of these accusations, (remember, these people caused trouble, conflict, strife, and then left, and continue to pull other people in the church after them) there were problems that did not come to the surface. The main problem in all of this is the lack of Spirit filled people in our church. The damage to others and distraction from doing the work of God is very clear to me. While some are getting hot and bothered over others not looking them in the eye, and not shaking their hand, a lady in our church had cancer and died over the summer. The attention she needed was not fully given by our people because they were fighting.

My doctor says my triglycerides are off the chart, and we figured out that it was not from my diet, but because of stress. So I understand that these people continue to “wear me” in the ministry, and this is a plan of Satan. Ministry “burn out” is the correct term for this.

It is interesting to me that in our particular situation, God has moved almost every one of the people causing trouble out of the church. There are still some left, but the majority are gone. I did not “run them off”, nor did I pressure them to leave, but on the contrary, I did what I could to accommodate them and satisfy their complaints the best I could where I could, and even so, they still left in a huff trying to damage and do what they could against the work of the Lord.

As we left the church in July for furlough coming back to the states, the fights continued back in our church in Mexico. The interesting thing is that others that were not that active in things took action and started being pro-active in defending our church. Attendance is down, but the spirits are not. The foolishness of these complainers is not in doubt by anyone. But I see how God uses even these fights and contentions in order mature and motivate believers to take part.

Let me just say that so many pastors just have the wrong attitude toward their jobs, their vocation. Can you image a doctor or nurse coming that all they deal with all day long is sick people? Yes sick people are on the edge emotionally because their lives are being messed up by their own sickness. In so many cases, sick people are sick because they didn’t eat their vegetables, they didn’t exercise enough, they ate the wrong food, they ate too much, they stress too much about life that messes with their blood pressure, sugar, etc.

So are the sick responsible for their sicknesses? Yes probably. Does that make any difference in things at all as far as the doctor/nurse team is concerned? Not a whit of difference. They still take the sick in and fix what they can. At times, there are addictions involved, nicotine, alcohol, overeating, drugs, sex, etc. These can be controlled and reverted by the individual if their medical team can persuade them sufficiently.

So as pastor, you deal with the problems of people. The ONLY tried and true solution is God. First, you must be saved. Then you must obey God, know what He wants from you and do that. Then you must be holy in your character like God is holy. Everything else falls nicely into these categories. But only with God can people’s problems really be solved. As such, a pastor, a church, an evangelist, a missionary, a Bible counselor just brings people back to God or in the first place to God.

Take your problem people as a challenge to fix their lives with God’s principles. Don’t get offended. A person who has been greatly injured at work and is at a hospital “getting fixed” may kick at those who are helping him, because the pain is so great, he doesn’t know what he is doing. Just the same spiritually with your problem people. They are the spiritual spice of life to make things interesting for you from God’s point of view.

One of the issues in all of this is that horrible attitude that “I’m not going to stay in a church where so-and-so is going”. In one case, one family complained about the man blowing his nose, and while they started skipping from the beginning of the year, coming only once every 3-4 weeks, the man leveled the accusation that I was nothing of a pastor because I didn’t stop him (never mind the fact that this same family had a small child that disrupted the service equally or worse). But the funny thing is that they were complaining about me not expelling (we are a school? or what?) the other man when he wasn’t even coming (had health issues and didn’t come for 2 months because he was in the hospital and in bed at home).

When people tell me that they cannot abide somebody and are leaving our church because of somebody else, I ask them, “If both he and you confess to be saved, and he dies first, are you going to tell God that you don’t want to go to heaven because the other person is there first?” Are you going to convince God somehow to eject that Christian you don’t like from heaven? I mean, it really shows the lack of understanding of salvation of these people.

What defines us as Christians?

I have preached on loving your brother til I am feeling guilty myself of neglecting so many other essential preaching topics to hit this so much. Reminds me of the example of a new preacher that came to a small country church and preached on John 3:16. After the service, the people told the pastor how excellent was his sermon. The next Sunday he preached the same sermon again. Then the next Sunday, and after about 4 Sundays the men of the church got together asked to speak to the Pastor. They said, “Pastor, you have preached the same sermon 4 times now, so is that the only sermon you have?” And the pastor said, “No, but I cannot go on to something else to you learn this one, which is apparent you haven’t yet.” This is my sentiment exactly.

1John 4:20 If a man say, I love God, and hateth his brother, he is a liar: for he that loveth not his brother whom he hath seen, how can he love God whom he hath not seen? 1John 4:21 And this commandment have we from him, That he who loveth God love his brother also.

I think that one of the things that God wants in these verses is to emphasize the fact that salvation has a real presence in the essence of your being. You cannot (legitimately) claim to be a child of God and act like a child of the devil.

Dealing with the devil’s kids in God’s house

The problem is simple. They mess up God’s work. We need to live by and treat these people by the principles of God, and rebuke sin (especially unrepentant sin), and we need to refute false doctrine. At times false doctrine very clearly shows in the actions, attitudes, and speech of a person. This needs to be rebuked. We also need to show them the love of God without conceding to them control of God’s church, i.e. giving in to their temper tantrums.

Beyond that, dealing with these people need to be with principles. We need to hold their feet to the fire. Insist on Bible principles with them.